Atomic and Molecular Physics, and Optics

Theme: Integrating Inventions and Innovations in the field of atomic and molecular physics and optics

Global Conference on Atomic and Molecular Physics, and Optics – GCAMP-2020 – will be held from December 04-05, 2020 in Rome, Italy. It is organized by PAGES Conferences and offers the opportunity for all participants to review the extraordinary progress in atomic, molecular, and optical physics and examines recent breakthroughs in these fields.

The conference seeks to present novel research results in all aspects of atomic and molecular physics and optics and brings together eminent scientists, early-career researchers, students, engineers, physicists, professionals from the industry, academia and government to discourse on research and development in these fields to exchange and share their experiences.

This popular meeting welcomes contributions from participants on a wide range of research in optical and molecular physics and aims to create a global platform to exchange ideas and share experiences on different aspects of these fields while discussing practical challenges encountered and solutions adopted. The conference program is full of short presentations on a variety of topics which run simultaneously with the conference sessions.

The event will elicit an exchange of viewpoints among the participants in their fields of interest together with typical presentations that allow delegates to present and discuss their works in detail. In addition, GCAMP-2020 will feature several exciting and lively interactions that present ongoing research and will further guide the participants in new direction for conducting their research for better outcomes and professional development. It will include inspiring plenary talks, keynote sessions, academic discussions, technical workshops, live interactions, oral and poster presentations and other social events aimed at fostering new relationships between industry and academic professionals to enhance their professional and business goals. We hope this conference will create a platform for an exciting and interdisciplinary exchange of knowledge among the participants.

We look forward to welcoming you to GCAMP-2020 in Rome. 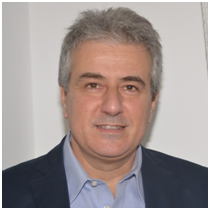 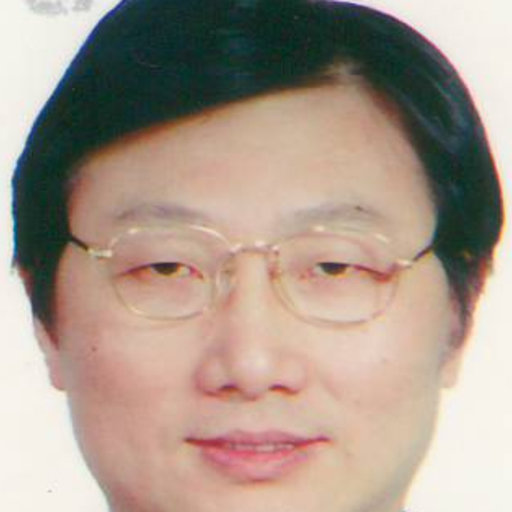 Dr.Domenico Lombardo is a physicist and materials engineer in the ConsiglioNazionaledelleRicerche (CNR-IPCF) of the Department of Chemical Sciences and Materials Technologies (ITALY). He is performing both experimental and theoretical research in the soft matter, drug deliveryand biotechnology fields, in collaboration with the industry, major Italian and European research institutions, and international partners. His research activity is focused on: -Experimental and theoretical investigation of the self-assembly and supramolecular processes of nanostructured and hybrid (inorganic-inorganic) bio-materials. - Study of the soft interaction between nanocarriers and biological (and model) membranes. He is supervisor of a research unit at the CNR-IPCF (Italy), lecturer in several post-graduate courses at University. He has been leading several major research projects that are related to biotechnology, material science and engineering. He has been involved in instrumental development projects within various European laboratories and synchrotron radiation facility (such as Elettra in Trieste-Italy and LURE in Orsay-France).He has been involved in the organization, in the scientific committeesand as invited speaker of several workshops, seminars, and national and international conferences. He repeatedly participated at various expert committees at the national and international level. He regularly acts as a consultant, reviewer and editorial board member in various peer-reviewed international scientific journals.He is co-author of over 100 publications (e.g., in peer-reviewed Journals, Conference proceedings, Book chapters). H-index=25.

I was born in Budapest, Hungary on 4 January. I have been mostly in chemical research that I started at the Pharmaceutical Research Institute, Budapest, then in 1961 I joined the research network of the Hungarian Academy of Sciences and I have been associated ever since with that organization. My field of specialization is molecular spectroscopy and theoretical chemistry. I have a Candidate of Chemical Sciences degree from the Hungarian Academy of Sciences (1965) that was accepted as Ph.D in 1995, a D.Sc.degree from the Hungarian Academy of Sciences (1982), and posses Dr.habil as a habilitated, titular professor at the Chemical Engineering Faculty of the Technical University of Budapest (1995). I held several grants and stipends enabling me to do research and teaching abroad. Thus I visited in Great Britain the University College of Wales,Aberystwyth and the University of Reading in the years 1964-65. In 1972-73 I had a Dozentenstipendium for 14 months from the German Alexander von Humboldt-Stiftung for work at the University of Kiel, Germany , later I was reactivated for three months in 1982 as Humboldt-Fellow at the Justus-Liebig-University, Giessen. In 1985 I had a visiting scientist's position at the Herzberg Institute of Astrophysics, National Research Council of Canada,Ottawa, for 3 months and a state professorship in France (granted by the French Ministry of Education) at Villeneuve d'Ascq (Universite de Lille), for three months, in 1986. In 1990 I spent three months in Holland, at the Catholic University of Nijmegen, Laboratory of Molecular and Laser Physics, with the support of the Dutch Science Foundation. Between November 1990 and November 1991I was appointed Visiting Research Scientist at the Chemistry Department, University of Michigan, Ann Arbor, USA. I was also invited to the University of Waterloo, Department of Chemistry, Canada to do spectroscopic research in the Centre for Molecular Beams and Laser Chemistry in the Summer of 1992 and 1993,with the support of the National Science and Engineering Research Council of Canada. I have spent a year as guest research professor of the Academia Sinica, Taipei, Taiwan at the Institute of Atomic and Molecular Sciences. In 1996 I spent two month as W.F. James Professor of Pure and Applied Science at the St. Francis Xavier University in Nova Scotia, Canada. Since 1980 I was active in the field of laser induced chemistry and the emission spectroscopic studies of laser generated plasmas, mainly carbon plasmas. This activity brought me into close cooperation with the group of Professor Christian Parriger at the Space Institute of the University of Tennessee, especially with the late Dr. James O. Hornkohl. We have published a number of common papers in this field. Another of my special field has been the theory and spectroscopy of carbon clusters, especially fullerenes. In 2006 I retired but remained active at my former Institute, the Central Research Institute of Chemistry of the Hungarian Academy of Sciences as science advisor emeritus. Since 3 years I have been associated with the Research Center of Natural Sciences of the Hungarian Academy of Sciences, Budapest, as emeritus science advisor. Most of my scientific papers and their citation data are available at Google Scholar Citation Laszlo Nemes as well as at ResearcGate and At www.academia.edu.