Theme: To discuss and share the latest updates and cutting-edge technologies in the field of Gastroenterology and Hepatology

Global conference on Gastroenterology and Hepatology is scheduled to be held from December 04-05, 2020 in Rome. Italy and focuses on recent advances in these fields. The conference is a best platform with its well organized scientific program that will include plenary talks, keynote lectures, workshops, symposiums, panel discussions and poster presentations on the latest research and ongoing technological developments in the field as well as the therapeutic aspects.

The conference will present the latest and state-of-the-art information on diagnosis and management of common gastrointestinal disorders while presenting current research trends for improving assessment and management of patients with these conditions. The conference will feature several keynote sessions and plenary talks by internationally renowned speakers and evidence based updates together with panel discussions, interactive sessions, technical workshops, exhibits, oral and poster presentations and social events that promote partnerships between associations, institutions and businesses across the world for better patient outcomes.

Gastro-2020 will bring together eminent scientists, researchers, students, policy makers, gastroenterologists, members of scientific societies and academic and industry professionals to exchange new ideas and foster new partnerships that will aid in developing new treatment options and improve health outcomes. A vast array of sessions and topics focusing on these fields will be part of this symposium that will further educate participants on latest research and development in these fields. It will further allow participants to share information about their ongoing research, conduct presentations and meet with celebrated professionals at the event and to present new innovations in the concerning fields.

We look forward to welcoming you to Gastro-2020 in Rome. 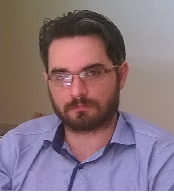 Dr. Pabulo H. Rampelotto is a molecular biologist with expertise in next-generation sequencing and science editor with extensive editorial experience in the leading position (Springer, 2016). In his books and special issues, some of the most distinguished team leaders in the field have published their work, ideas, and findings, including Nobel Laureates and several of the highly cited scientists according to the ISI Institute. He is Editor-in-Chief, Associate Editor, Guest Editor and member of the Editorial Board of several scientific journals in the field of Life Sciences and Biotechnology. In addition, he is a member of four Scientific Advisory Boards of Lifeboat Foundation, alongside several Nobel Laureates and other distinguished scientists, philosophers, educators, engineers, and economists. His scientific experience lies in the analysis of NGS data, genome assembly, comparative genomics, and network analysis, with a special focus on gut microbiomes. His customized suite of analysis provides an innovative toolset in medical diagnosis for precise evaluation of the human and animal microbiome to understand the role of the microbiome as a powerful modulator of health and disease.