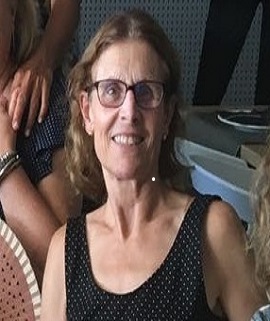 Professor Dr. Luisa Maria Arvide Cambra, Spanish is now Professor with Chair at the University of Almería (Spain) and she was Assistant Professor and Associate Professor at the University of Granada from 1979 on. Forty nine years of the teaching and researching experience. She is the Director of Research Group HUM113-Estudios Filológicos from Program of Research of Andalusian Government, where she has managed and directed several academic and scientific contracts and research projects, as well as a Member of European Scientific Institute (ESI) Team, Athens Institute for Education & Research (ATINER) in Greece, The Academic Genesis Platform (UAGP) in UK&Turkey and Experts of Academic Excellence Research Centre (EAERC) in Jordan; GI Social Sciences Forum (GISSF), in Malaysia; Akademica Nusa International Association of Social Sciences and Humanities, in UAE; Science Research Association (SCIREA); Academic Fora; Foundation for Social Sciences and Education Research (FSSER); etc. She is reviewer and member of the editorial board in several renowned scientific journals as well as member of the organizing, scientific & academic committees at prestigious international conferences. She is author of many works on several aspects of Arabic science and literature in the Middle Ages, as well as Arabic language and linguistics. She has also participated in different prestigious international scientific Conferences. She has visited many universities and academic institutions of Europe, the United States, and Arab countries in order to teach and research. Among her works, we have the study and the translation to Spanish of some treatises of Kitab al-tasrif´s Al-Zahrawi, Ibn Qutayba´s texts, Maqamas of Al-Hariri, The Sicilian Questions of Ibn Sab´in, and the book on the plague by Ibn Khatima. 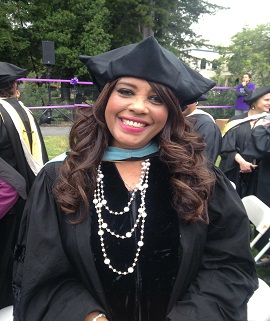 Rita Stuckey completed a BS in Nursing from California State University, Los Angeles, a dual Masters in Public Administration and Education from California University, East Bay, and a Ph.D. in Educational Leadership from Mills College. She served as the Director of nursing, care management, care coordination, and utilization management in acute, long-term acute, skilled nursing, home health, hospice, psychiatric, and public health care organizations. She served on the Board of Governors at Mills College; and is the first African American Nurse to earn a Doctorate in Educational Leadership from Mills. She is the founder of the Care Advocate Program, an author, and an educator.