Theme: Delving into the Advancements of Materials Science & Engineering

A warm welcome to our Renowned Personalities..!!

Global Conference on Materials Science & Engineering will take place during August 26-28, 2021 in Paris, France and aims to be one of the leading conferences in the fields of Materials Science and Engineering. The conference is organized by PAGES Conference gathers scholars from all over the world to present the latest research outcomes and advances in relevant fields and provides an ideal environment for making new scientific collaborations.

GCMSE-2021 solicits active participation of industry and academic professionals with contributed and invited communications of high scientific level. It will include several inspiring and informative plenary lectures, keynote talks, oral and poster presentations, discussions, exhibitions, workshops and a number of social events aimed at promoting knowledge sharing between the participants and to explore recent advances in Materials science. This conference provides a unique platform for all the leading industry professionals, institutional investors, capitalists, corporate investors and business development executives to have private One-to-One meetings with elite business representatives which increase the chances of marketing in this networking world.

It allows delegates to have issues addressed on Materials Science by recognized global experts who are up to date with the latest developments in the field of Materials Science and Engineering to a common forum.

We look forward to welcoming you to GCMSE-2021 in Paris, France. 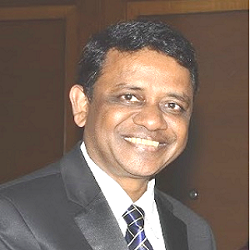 Dr. Manoj Gupta was a former Head of Materials Division of the Mechanical Engineering Department and Director designate of Materials Science and Engineering Initiative at NUS, Singapore. He did his Ph.D. from University of California, Irvine, USA (1992), and postdoctoral research at University of Alberta, Canada (1992). In August 2017 he was highlighted among Top 1% Scientist of the World Position by The Universal Scientific Education and Research Network and among 2.5% among scientists as per ResearchGate. To his credit are: (i) Disintegrated Melt Deposition technique and (ii) Hybrid Microwave Sintering technique, an energy efficient solid-state processing method to synthesize alloys/micro/nano-composites. He has published over 585 peer reviewed journal papers and owns two US patents and one Trade Secret. His current h-index is 67, RG index is > 47 and citations are greater than 17000. He has also co-authored six books, published by John Wiley, Springer and MRF - USA. He is Editor-in-chief/Editor of twelve international peer reviewed journals. A multiple award winner, he actively collaborate/visit Japan, France, Saudi Arabia, Qatar, China, USA and India as a visiting researcher, professor and chair professor. 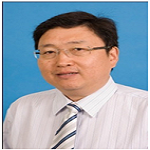 Shi-Zhang Qiao, ARC Australian Laureate Fellow. Dr Qiao is a Chair Professor at the School of Chemical Engineering and Advanced Materials of the University of Adelaide, Australia. His research expertise is in nanomaterials for new energy technologies (electrocatalysis, photocatalysis, batteries). He has co-authored more than 436 papers in refereed journals with 58,200 citations and h-index of 125 (Web of Sci). Dr Qiao is a Thomson Reuters/Clarivate Analytics Highly Cited Researcher in two categories of Chemistry and Materials Science (108 ESI 1% highly cited papers). He is an Associate Editor of Journal of Materials Chemistry A, a Fellow of Institution of Chemical Engineers (FIChemE), Royal Society of Chemistry (FRSC) and Royal Australian Chemical Institute (FRACI).

Dr. EHYang is a Professor of the Mechanical Engineering Department at Stevens Institute of Technology. The first to receive a MEMS Ph.D. in his native South Korea, he joined Stevens in 2006 following tenure as a senior member of the engineering staff at NASA Jet Propulsion Laboratory, where he was awarded, among other honors, the Lew Allen Award for Excellence for developing MEMS-based actuators and microvalves for large-aperture space telescopes and deformable mirrors capable of correcting for optical aberrations to improve high-resolution imaging.Through the Stevens Micro Device Laboratory, Dr. Yang facilitates student research and hands-on education in emerging nanotechnologies. In addition to his role as a faculty advisor of the nanotechnology graduate program, he spearheaded the design of Stevens' first undergraduate nanotechnology research-track training program. Dr. Yang has secured more than 35 federal grants and contracts totaling approximately $8.5 million, including funding from the National Science Foundation, Air Force Office of Scientific Research, National Reconnaissance Office, US Army, and NASA. Dr.Yang's professional service credits include editorial or editorial board positions for several journals, including Nature’s Scientific Reports and multiple track chair positions for ASME International Mechanical Engineering Congress and Exposition (IMECE). He has produced more than 300 journal papers, conference proceedings, and presentations and has delivered 86 keynote or invited talks. He holds 17 issued or pending patents in the fields of micro- and nanotechnology. Dr. Yang was a featured Micro- and Nano- Systems Engineering and Packaging track plenary speaker at IMECE in 2018. He received the Award for Research Excellence at Stevens in 2019. Dr. Yang has been elected a Fellow of the National Academy of Inventors, the highest professional distinction for academic inventors. He has also been elected a Fellow of the American Society of Mechanical Engineers (ASME) for his extensive contributions to the fields of micro- and nanotechnology.

Angela Malara is a Researcher at the Department of Civil Engineering, Energy, Environment and Materials of the Mediterranea University of Reggio Calabria (Italy), where she teaches courses on materials science. Her research activity is addressed to the development, the synthesis and the characterization of innovative nanostructured materials for energy, catalytic, environmental and sensing applications. She is author of publications in international journals, national and international conference proceedings and co-inventor of one European patent. 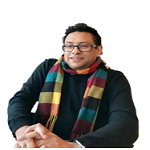 Prof Adhikari is the chair of Aerospace Engineering in the College of Engineering of Swansea University. He was a Wolfson Research Merit Award holder from the Royal Society. He received his PhD in 2001 from the University of Cambridge (in Trinity College). He was an Engineering and Physical Science Research Council (EPSRC) Advanced Research Fellow and winner of the Philip Leverhulme Prize. He was a lecturer at the Bristol University and a Junior Research Fellow in Fitzwilliam College, Cambridge. He was a visiting Professor at the Carleton University, University of Johannesburg, University of Paris (east), Ecole Centrale Lyon, UT Austin, Rice University, IIT Kanpur and a visiting scientist at the Los Alamos National Laboratory. His research areas are multidisciplinary in nature and include uncertainty quantification in dynamic systems, metamaterials, computational nanomechanics, dynamics of complex systems, inverse problems for linear and non-linear dynamics and vibration energy harvesting. He has published five books, more than 300 international journal papers and 190 conference papers in these areas (h-index=64). Professor Adhikari is a Fellow of the Royal Aeronautical Society, Associate Fellow of American Institute of Aeronautics and Astronautics (AIAA) and member of the AIAA Non-Deterministic Approaches Technical Committee (NDA-TC). He is a member of the editorial board of several journals such as: Advances in Aircraft and Spacecraft Science, Probabilistic Engineering Mechanics, Computer and Structures and Journal of Sound and Vibration. 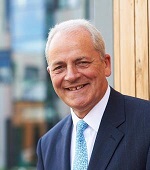 Brian Cantor is Professor of Materials at Oxford and Brunel Universities. He invented the field of High-Entropy Alloys and discovered “Cantor alloys”. He has also been Vice-Chancellor of Bradford and York Universities, Head of Mathematical and Physical Sciences at Oxford, a research scientist at GE, senior consultant for Alcan, NASA and Rolls-Royce, Vice-President of the Royal Academy of Engineering, and editor of Progress in Materials Science. He has chaired/been on boards such as the Science Museums Group, Marshall Aid Commission, UK Universities Pensions Forum, and Bradford, Leeds and York Local Economic Partnerships. He founded Begbroke Science Park, the Heslington East Campus, the Hull-York Medical School, the National Science Learning Centre, and the World Technology Universities Network. 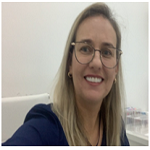 Dental Surgeon, Master of Orthodontics, PhD of Genetics and Biochemistry from the Federal University of Uberlândia at the Nanobiotechnology Laboratory (2019). Memberof the group of studies and research in stem cells (GEP-TC). Experience in isolation and culture of stem cells, analysis and preparation of nanoparticles in culture of mesenchymal stem cells from adipose tissue. 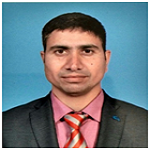