Pages Group is pleased to announce the International Conference On Nutrition and Food Science Technology which is scheduled to be held during August 26-28,2021 in Paris, France.
The conference is anticipated to be the best conference focusing on Nutrition and Food Science Technology provides an global platform to share expertise and foster new and lasting collaborations among academic and industry professionals
It will bring together eminent scientists, research scholars, academicians and industry experts together to share their ideas about ongoing research in this field and to provide a critical review of the present state of development in this industry. The event is specifically designed to provide an opportunity for all the participants meet with people from both industry and academia and to establish a string scientific network between them
We look forward to welcoming you to Paris in 2021!
Sumbmit Abstract Now Conference Gallery 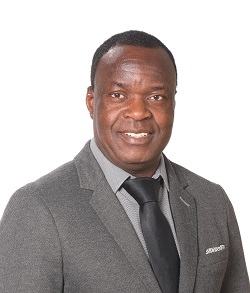 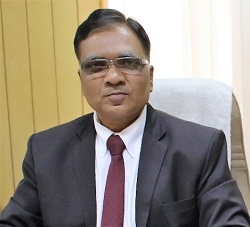 Professor JashbhaiB.Prajapati is a Dairy Technology graduate from Gujarat Agricultural University and Ph.D. in Dairy Microbiology from National Dairy Research Institute, Karnal, India. Since last 38 years, he is serving at the Faculty of Dairy Science in various capacities and from March 2015, he is thePrincipal & Dean of the Faculty of Dairy Science at Anand Agricultural University. He is also Chairman of Vidya Dairy and President of Indian Dairy Association, Gujarat State Chapter. He is a renowned academician and scientists in the area of probiotics and fermented foods. He is handling number of research projects sponsored by ICAR, DBT, State Govt., EU, SIDAand has published more than 400 papers, including two text books. He has guided 32 MTech and 8 PhD students. He was awarded Chancellors Gold medal for being the best student in the University in 1984 and has received 5 times best paper awards.He had Fellowship award from Erasmus Mundus (EU) as well as Indian National Science Academy.He is a Fellow of Indian Dairy Association as well as Fellow of National Academy of Dairy Science. He is a recipient of Hari Ohm Ashram Award 2015 from Indian Council of Agricultural Research for his outstanding research contribution in probiotics. He is Associate Editor of International Journal of Fermented Foods, International Journal of Probiotic and Prebiotics and reviewer formany scientific journals and serving as an expert member for many other universities and institutions. Dr.Prajapati is the Coordinator of Swedish South Asian Network on Fermented Foods since its inception in 2003. He is Chairman of Scientific panel on milk and milk products constituted by Food Safety and Standards Authority of India (FSSAI). He is also a Member in Indian National Committee of International Dairy Federation (IDF) in 3 groupsviz., Probiotics, Lactic acid bacteria & starters and Microbiological methods for analysis and a member of Task Force on Inventory of Microorganisms with a Documented History of Use in Foods.He has widely travelled in Europe and many other countries and has delivered lead talks in many conferences including IFT, IDF, IPC, etcand has organized several conferences and workshops for building the network on fermented foods. He is a Life member of several professional bodies like AFSTI, IDA, AMI, ISCA, GAAS, PAI, Biosensor Society of India, etc. Prof. Jashbhai B. Prajapati • Principal & Dean, SMC College of Dairy Science • Coordinator, Swedish South Asian Network (SASNET) on Fermented Foods • Chairman, Vidya Dairy, Anand • Chairman, Scientific Panel on milk & milk products, FSSAI, Govt. of India. • Vice President, National Academy of Dairy Science (India) • Chairman, Indian Dairy Association (IDA), Gujarat State Chapter Anand Agricultural University, Anand 388110 (Gujarat) jbprajapati@aau.in jbprajapati@gmail.comPh: 02692 261030, Fax: 02692 261314, 09879105948