Theme: Enhancing the Quality of Vaccine and Initiation of New Medicine

Global Conference on Vaccines Research and Development – Vaccines Conference-2020 – will be held from November 19-20, 2020 in Luxembourg City and provides an opportunity for professionals from both industry and academia to establish a scientific network towards progress in this field. It is organized by PAGES Conferences around the theme Enhancing the Quality of Vaccine and Initiation of New Medicine and will cover a broad range of topics encompassing vaccine research.

The main objective of this conference is to bring together all professionals in this field together to share their ideas and provide a critical review of the present state of vaccines research. It focuses on research, discovery and development of possible vaccines while focusing on optimization challenges in their design and development.

Vaccines Conference-2020 will provide many exciting opportunities for eminent scientists, early-career researchers, students, educators, policy makers and industry and academic professionals to present and discuss current research trends and will focus on the knowledge, skills and issues relevant to the future of vaccine research. The presentations and discussions on emerging research findings will inform latest developments in policy and practice with regard to vaccines R & D. The meeting will further provide an organizational backdrop for exchanging ideas and highlights new and innovative tools and approaches.

Covering some of the latest topics in this exciting field, the conference aims to maximize research, educational and networking opportunities among the participants with special emphasis on novel approaches for the development of new vaccines. The event will present several case studies focusing on vaccine research and development and includes several inspiring plenary talks, keynote sessions, academic discussions, oral and poster presentations, interactive sessions and technical and social events to facilitate interactions between the participants. We hope this conference will bring the most recent innovation in vaccine research and guide the participants towards future research directions.

We look forward to the honor of welcoming you to Vaccines Conference-2020 in Luxembourg. 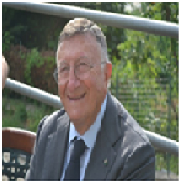